Cricket woes: Afghans beat us at our own game

Private Daryn Liddle, a South African national serving in the British forces with 1st Battalion, The Royal Regiment of Scotland (1 SCOTS), explains how he’ll be exchanging Afghanistan for the Royal Military Academy Sandhurst this Autumn. 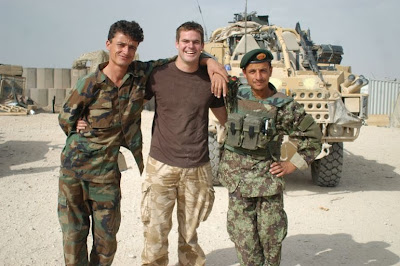 Private Daryn Liddle with soldiers from the Afghan National Army

I am spending my last few months as a private soldier in Afghanistan.

No, I am not giving up the Army.

I am going home from here to Sandhurst to train to become an officer.

I always wanted to join the ranks first, just like my Dad did. And I am glad I did. But now I am ready for a new challenge.

Being in Afghanistan is hard but amazing. I am South African so I am used to the heat. But it can even get to me when I have thirty to forty kilos on my back.

We trained all over the world to get here and it was invaluable. But you never know how you are going to handle it until you do it for real. 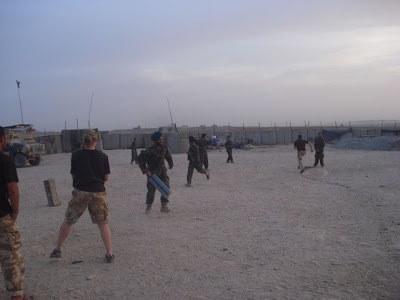 Playing cricket with soldiers from the Afghan National Army

I live in a patrol base in the Sangin valley with 7 other 1 Scots soldiers, about four dozen ANA soldiers, or “warriors” as they prefer to be called, and the only girl amongst us, our female medic, Michelle. It is pretty basic but we have tried to make it home. We work, cook, eat and sleep in one huge room which is a bit like a mechanics depot. We sleep on camp beds under mosquito net pods (malaria is prevalent here).

We do have a really big yard inside the base walls which is great because we can play football and cricket all together.

The Afghan soldiers are really good at both.

We have all become good friends.

When we go on patrol we are lucky enough to have with us the guy who has found the most improvised explosive devices Helmand-wide. He’s called Ajab. He was featured in the papers back home. He has been in Helmand for nearly three years and is our resident expert. It makes us feel pretty confident when we go out with him.

I learned Dari before I came and I can now chat with the Afghan soldiers. I am learning more and more all the time. We go for tea every evening and I try to understand all their stories.

They do have a really good sense of humour, especially for men who have been fighting for so long.

I will have to go home early from this tour in time to go to Sandhurst. I know already I am not going to want to leave. This place gets under your skin.
Posted by Media Ops Blog at 2:10 PM