Chocolate and pens: meeting the locals 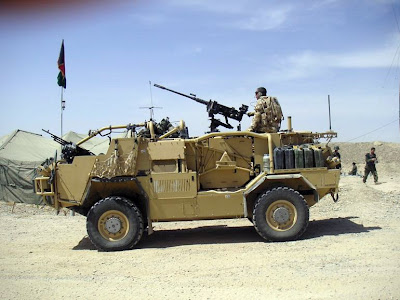 My forward operating base is home to not only the 1st Kandak, but also 1st Battalion, The Duke of Lancaster’s Regiment, known as 1 LANCS. They are the ISAF Combined Force for Nad-e’ Ali, who work in partnership with the Afghan National Army (ANA) and Afghan National Police (ANP) to provide security for the farming communities of this district. All I have to do, with my four Advisor teams collocated with Afghan Tolays, or Companies, is provide the Kandak with some British Army expertise and advice.

The Afghan Warriors (soldiers) are brave and willing, but it is a new revamped army and you can’t grow an army overnight. It’s taken the British Army (and I serve in its oldest line infantry regiment) nearly four hundred years to develop and we are still learning! The officers try to keep up with us but lack the training and experience of a Western military machine. So, good soldiers but lacking in key skills. This is a country ravaged by over thirty years of near continuous conflict. It is poor and the people resigned to being the ball in a tennis match of political and religious rivalry. It does not help that Afghanistan sits in such a strategically vital location where East meets West, with almost no natural resources, but that’s history and I’m drifting off the point.

It was clear that I needed to improve the living conditions of the Warriors and help them get equipment through their own logistics chain. So, me and my small team of utterly determined men (and a woman – our medic) are now setting about the Kandak like a whirling dervish, peeking into every process and under each procedure to get the Afghans what they need to fight and defeat the insurgents, or enemies, as the Afghans call them (there is no word for insurgent in Dari).

I get out with my six man company headquarters, mounted in two Jackal patrol vehicles, pretty much every other day, to visit my teams or attend shuras, or meetings, with the local population. The Jackals ride high but are open which I like as you can interact with the locals. We drive slowly, so as not to kick up too much dust into the faces of the locals on bikes, and I realise that this little piece of Afghanistan is not so different from the wheat fields of home. Clearly the people are dressed a little differently and there is very little traffic, but squint and I could just be back home.

But you know what, it’s the children. It always is; as it was in Bosnia and Iraq. They have nothing. The older girls are “mums” to the younger kids. They have nothing; no toys, no mobiles, no Game Boys. But whenever we come along they rush out of the fields or compounds, dropping water cans or rakes, waving and jumping around as if we are something special. It’s no surprise that one of the only English words they know is ‘chocolate’.

But the other, used far more often is ‘pen’. They need them for school and the schools, along with ISAF and the Afghan Army, have returned. For these children school is a blessing; a path to a life free from oppression and poverty, and pens, books and bags are prizes to be cherished. But it is the smiles of delight on their innocent faces when the exotic and other-worldly men in their big noisy, funny-looking truck-things appear that is priceless. They are the future and that future hangs on a pen. Or two. This is Advizer 10A off to steal some pens from the Battalion Headquarters stationery cupboard.
Posted by Media Ops Blog at 1:06 PM